A 12th grade Indian student from Abu Dhabi celebrates the 50th year by paying homage to the leaders of the United Arab Emirates in a meaningful way.

Fathima Beevi decorated the walls of her home with 1,000 calligraphy portraits of beloved rulers of the United Arab Emirates.

A student at Shining Star International School Abu Dhabi, Fathima has loved art since childhood and her passion grew further after visiting a calligraphy exhibition.

â€œWhen I was in 3rd and 4th year, I drew and painted, especially the landscapes of Abu Dhabi. When I was in 8th grade, our school took us on an educational visit to an exhibition of Arabic calligraphy, â€she said. â€œThere, some artists taught us the basics of calligraphy. I found him very attractive. I started doing calligraphy with English alphabets and later moved on to Arabic letters.

On the occasion of the UAE’s 50th anniversary, Fathima thanked the leaders for their unwavering love, care and the opportunities afforded to the Indian community.

â€œI was born and raised in Abu Dhabi. Leaders have given us a great opportunity to live, study, work, and enjoy life. We live in the greatest peace and harmony, and with world class facilities. So when the UAE celebrates its Golden Jubilee, I wanted to thank the leaders. And that’s when I thought the best way was to use my drawing skills. It’s my gift, my way of saying thank you.

With distance learning in the classroom during the pandemic, Fathima spent his free time doing the portraits.

â€œI started in May, during the month of Ramadan, and I just did 1,000 portraits before the national holiday. I made 600 portraits of the crown prince of Abu Dhabi, Sheikh Mohamed, and 100 drawings of each of the other four rulers. This is the result of my passionate work over the past seven months. 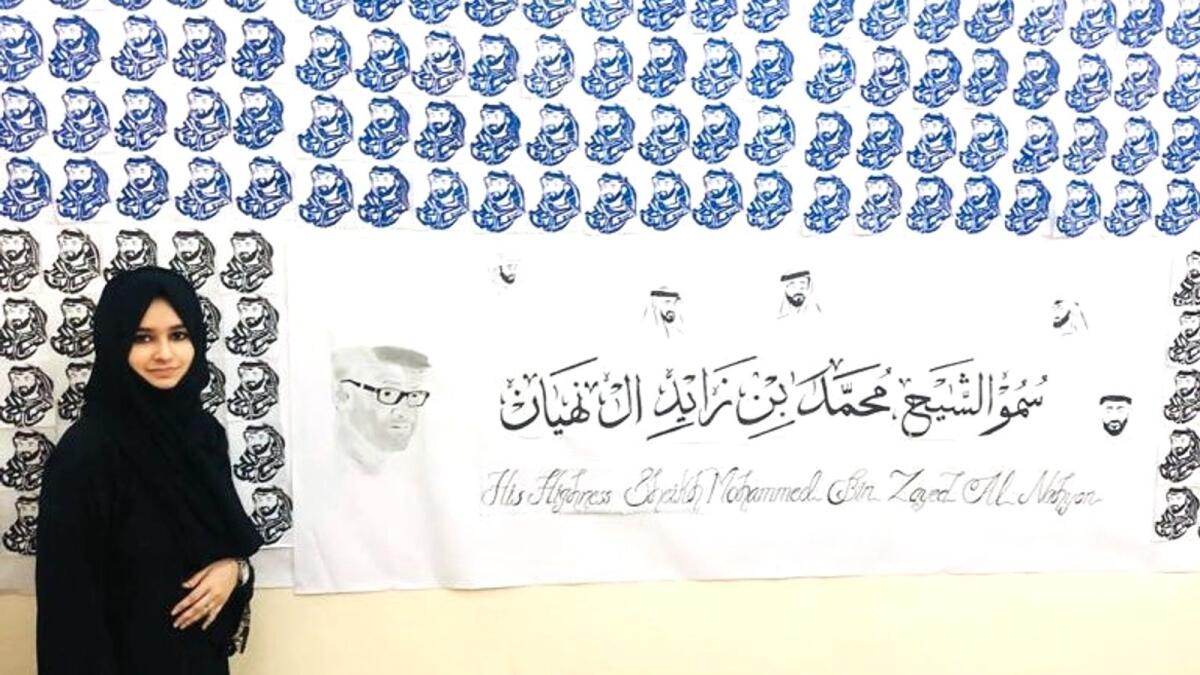 Fathima now hopes to be able to present the work to the leaders.

“I hope the leaders can see this schoolwork thank them,” she added.